The Reputation of Sumatran Coffee

It’s no secret that Indonesia produces some world class coffee. Indonesia is home to a number of different islands that offer a variety of great beans, but one island tends to get mentioned more than the others. You guessed it, Sumatra! Sumatra coffee is considered by coffee connoisseurs to be some of the best in the world. And while there are definitely several great Indonesian beans to try, Sumatra coffee is so good that it warrants a stand alone discussion.

Show me the coffee!

Here's a quick summary of our picks for best Sumatra coffee!

Can't decide? Sumatra Lintong is likely unlike anything you've tried before!

Sumatran coffee has a distinct heavy body, low acidity and plenty of earthy character. Sumatra beans tend to be either loved or hated, with very little in between. This is largely due to the significant earthy, herbaceous nature of the coffee.

While ‘earthiness’ may seem like an inherently off putting characteristic, you can in fact, acquire a taste for it. The love it or hate it divide reflects this fairly apparently, in that more seasoned coffee drinkers and self proclaimed connoisseurs (me) tend to fall into the ‘love it’ category. That is not to say that you have to be a coffee snob to enjoy Sumatra coffee… but it might help.

Although there’s definitely variance among Sumatran beans, you can expect a Sumatra coffee to be something like this;

A large part of why Sumatran coffee tastes the way it does, is the method by which it is typically processed. This process, Wet Hulling, also known as Giling Basah is one of a number of methods used to dry coffee beans. The wet hulling process is as follows;

1. After picking the coffee cherries, the skins are promptly removed and placed into woven bags.

2. The skinned beans are left inside these bags to ferment overnight.

3. The next day, any remaining fruit is removed by hand. At this stage, a paper like layer of parchment still remains, encasing the beans.

4. The beans are allowed to partially dry overnight.

5. The beans are then shipped to a large warehouse. At this stage, the layer of parchment is removed and the beans are allowed a second period of drying.

6. The beans are then transported to a port city, from which they will be exported. Here they are allowed a third drying period.

Indonesian offers a suitable climate and ideal coffee growing conditions in a wide variety of areas. Let’s take a look at some of the more well known Sumatra coffee growing regions.

‘Mandheling’ is actually a reference to the Mandailing people of Sumatra. Sumatra coffee billed as Mandheling is typically grown in a region of Western Sumatra close to the provincial capital, Padang. Mandheling has become a recognized Sumatra coffee brand in of itself that usually comes with high expectations attached.

As you may know, there are numerous Sumatra Mandheling coffee options out there. Koffee Kult offers some great Mandheling beans!

The Gayo coffee growing region of Sumatra is held in high regard amongst Indonesian coffee fans. These beans are grown in the highlands that surround Gayo mountain. The Gayo region is well known to embrace the Wet Hulling processing method, so you can definitely expect to get that signature earthy taste.

As you may know, where there are high elevations, mountains and… volcanoes, there is Volcanica Coffee. We really like their Sumatra Gayo beans.

Lintong coffee is grown in a central Northern area of Sumatra called the Lintongnihuta region. Complete with high altitudes and rich soils, this area is more than suitable for the growth of coffee.

There are, of course, a number of other coffee growing regions dispersed throughout Sumatra. The Aceh region is fairly well established, offering a selection of aged beans (watch out for spoilage!). We’ve also included an option from a lesser known region called Tiga Raja in our list.

Now that you know all about Sumatra coffee, how it’s processed, where it’s grown and that Mandheling isn’t a place...

Hold on... you didn’t read the other sections? You don’t want to know about the Wet Hulling Method? You just want some coffee? Fair enough.

Either way, have a look at our 4 best Sumatra coffee recommendations! There’s bound to be something new for you to try, enjoy!

First up, coming from the region that is not actually a region, we have Mandheling coffee. Koffee Kult's Sumatra coffee offers intense notes of earth and chocolate, combined with a wonderful brown sugar-like sweetness. As advertised, you'll find a naturally low acidity here. This creamy, complex cup is completed by a nice smooth finish. There are a lot of beans out there that use the highly respected Mandheling brand. These ones have earned it. 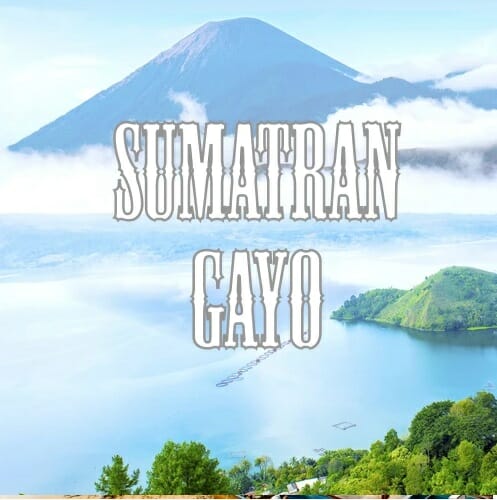 Gayo, which is indeed a physical region, offers up a heavy, syrupy coffee that embodies the rich, earthy nature that Indonesia is best known for. Volcanica's beans have some serious exotic spicy character to them. This is a the type of coffee that is likely to enjoyed more by experienced coffee drinkers. If you're new to the game, give it a try and allow some time for it to grow on you. You won't regret it! 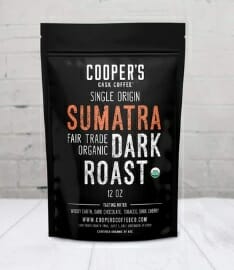 Lintong coffee is known to be a little less heavy than most other Sumatra beans. While this coffee most certainly does have the signature Sumatra earthiness to it, it is characterized more by the distinct notes of cedar in both aroma and cup. You'll also find notes of dark chocolate and cherry, as well as a nice smoky sweetness here. This is a complex coffee, you'll probably want multiple cups in order to appreciate all of the intricacies.

Browny coffee sources these beans from the lesser known region of Tiga Raja. On top of offering all of the expected qualities of a good Sumatra coffee, you can expect some pleasant hints of citrus in this cup. Not an increased acidity, just a nice citrus vibe. If you think you've tried it all when it comes to Sumatra beans, this might be something new to give a try!

That concludes our list of best Sumatra coffees. How many have you tried?

What are your thoughts on Sumatra coffee? How about Indonesian coffee in general? The meaning of life? Let us know!

I was searching Sumatra Coffee for me when I Came Across on your post, Awesome you’ve reviewed all the Best Sumatra Coffee in details and your post helped me a lot. Thanks keep it