Here’s a quick summary of our 7 best Mexico coffee brands!

Too many options? Check out Wild Foods Chiapas Coffee!

For a more detailed look at each of these options, check out our 7 best Mexican coffees list!

Mexico has been in the coffee game since the late 1700s. Initially, Spaniards brought coffee to Mexico from Cuba and the Dominican Republic. Coffee production remained insignificant in these early days until Italian and German immigrants residing in Guatemala relocated to Mexico. With them, they brought the commercialization of coffee cultivation. By the 1790s, the first plantations began to arise in the state of Veracruz. Veracruz remains a large coffee producing region today, although the regions of Chiapas and Oaxaca have surpassed the output of any other region.

Today, Mexico coffee production is among the top 10 in the world. As of 2018, Mexico was the 9th largest producer of coffee in the world. Coffee is one of Mexico’s most lucrative exports, making it an extremely important part of their economy. Hundreds of thousands of small farms depend on coffee production as a means of income.

The majority of Mexican coffee is organic, which is quite desirable in today’s market. Several Mexico coffee origins enjoy respectable reputations. We’ll take a closer look at a few of these!

Coffee from Mexico is often thought to be more on the mellow side. Because of this, Mexican coffee beans are often used in blends and for flavored coffee products.

But don’t get the wrong idea, Mexico has plenty of variety to offer. It would be a crying shame to use some of the more highly reputed Mexican beans for flavored coffee. We say this because higher quality Mexican coffee has a very desirable signature taste profile.

The best Mexican coffees are often compared to Guatemalan beans… which is quite the compliment. This is likely due to the close proximity of the major Mexican growing regions to the Guatemalan border.

Although there is variance among different growing regions, you can expect a good Mexican coffee to be something like this;

Mexico coffee brands seem to have a preference for more darkly roasted products. Perhaps this is just what the people want? Mexican beans seem to be able to retain their origin flavor quite well even when darkly roasted.

We’ve included a good variety of roast levels in our list, as each has something different to offer!

Another major contributing factor is elevation. Vast mountainous ranges spread throughout Central America allow for the growth of coffee to occur at high altitudes. High grown coffee benefits from a longer maturation process, leading to a more developed taste profile.

Perhaps the most well known coffee growing region of Mexico. Chiapas sits on the southernmost end of Mexico, bordering Guatemala.

There are numerous Chiapas coffee options out there, we’ve included several in our list!

Also in the southern end of Mexico, Oaxaca is situated to the west of Chiapas. Mountainous slopes that are covered by vast forests offer wonderful conditions for the growth of coffee. A long coastal stretch at the southern end of Oaxaca also provides a nice warm breeze.

Following the trend, Veracruz sits in the southern portion of Mexico. Veracruz sits just north of Chiapas and Oaxaca, sharing borders with both regions. The northern coastline of Veracruz faces the gulf of Mexico, as opposed to the Pacific ocean.

As we mentioned early, coffee plantations initially began to arise in the state of Veracruz back in the 1790s. Although Chiapas and Oaxaca now produce a larger volume, plenty of coffee is still produced in Veracruz. 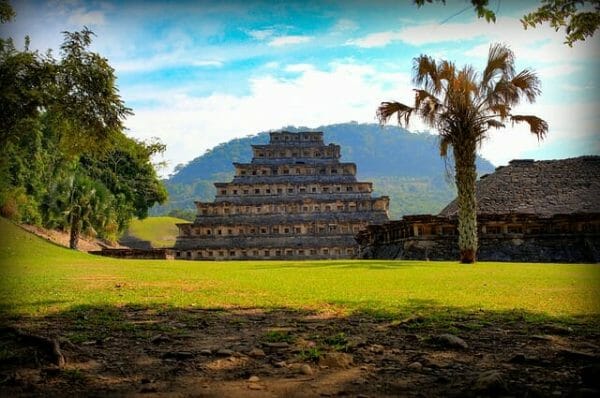 And we’re here, the 7 best Mexico coffee brands. We’ve included light, medium and dark roast options from a variety of origins. We’re confident that you’ll find something that sounds right for you in this list, have a look!

It’s worth mentioning that a some Mexican coffee brands seem to only offer ground coffee. We’ve noted the availability of whole bean and ground options for each entry to save you the trouble! 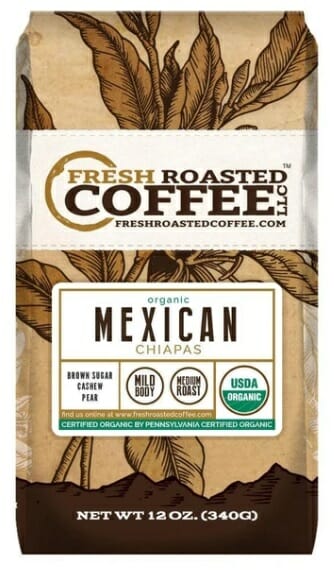 First up, we have some Chiapas beans from Fresh Roasted Coffee. This is one of the few brands to offer whole bean, ground & single serve options. This coffee has a natural sweetness to it that is reminiscent of brown sugar. Notes of pear & nuts also contribute to the taste. This is the type of coffee that both connoisseurs and regular folk can enjoy equally. Trust us, you'll want another cup.

Here's another one from Chiapas! Are you getting a sense of the quantity of coffee produced in the Chiapas region? Lots. Wild Foods is great, environmentally conscious roaster that operates via sustainable practices and also contributes to multiple charities. Their coffee? Also great. This dark roast is rich, with notes of nuts, caramel & hints of Baker's chocolate. These beans are quite versatile, translating very well into both cold brew and espresso!

Another dark roast here, this time from Veracruz! You can expect more body from these beans than with most from Chiapas. Notes of nuts & chocolate are again prominent. Despite being a dark roast, this coffee has a balanced brightness to it. There's more to Mexican coffee than just Chiapas beans, Veracruz coffee is very much worth checking out!

Next up, we have some more Chiapas beans, this time from Dancing Moon Coffee Company. As is common with Mexico coffee brands, these beans are darkly roasted. This coffee has a delicious syrupy body, with notes of roasted cashews and cocoa. A crisp acidity and brown sugar-toned sweetness are perfectly balanced. Dancing Moon supports wounded U.S. Armed Forces and their families via contributions to the Semper Fi Fund. There are a lot of Chiapas coffees to choose from, this is a great one to start with!

Next up, we have... another Chiapas coffee, roasted by Oakland Coffee Works. This coffee is best described as light & bright, as the acidity is more prominent than your typical coffee from Mexico, while the body remains light. Due to the brightness and complexity, comparisons can be made to Guatemalan coffee! (That's a big compliment) Nutty & chocolate notes make this a serious treat.

Next up we have some Oaxaca beans roasted by Los Portales. This coffee is light & mellow, but still quite complex. Prominent chocolate notes are complimented by caramel & toasted grain hints. This coffee has a mild acidity, making it ideal for anyone with a sensitive stomach. It's definitely worth checking out what Oaxaca has to offer!

Our final entry comes from... Chiapas. Shocking, we know. This one is a sweet light roast with a delicate body. Notes of milk chocolate, almonds & apple coexist in perfect harmony. A cane sugar-like sweetness is also notable. We highly recommend drinking this one black, there's too many flavors in there that you could miss out on!

Do you have any recommendations for us?

Let us know, we’re always happy to try something new!