The Best Coffee in India

If you're here primarily for some recommendations, you can click the button below.

Show me the coffee!

India produces a very large amount of coffee each year. In fact, they are usually among the top 10 coffee producing countries in the world! In 2018, India ranked 7th, producing 5.2 million 60kg bags of coffee. The majority of the coffee produced in India is exported, as Indian coffee consumption pales in comparison to tea.

So why is it called Monsooned Malabar coffee?

What does Monsooned Malabar mean?

Let’s break it down.

Put it back together and you get the best coffee in India!

Exposing a product to be sold to 3-4 months of monsoon conditions seems somewhat... irresponsible. So why are coffee beans subjected to this process?

Many years ago, green, unroasted coffee beans were exported from India to Europe by ship. At this time, the trip took close to 6 months, allowing significant exposure to moisture along the way. Although this exposure was not intentional, it was responsible for the transformation to what are now referred to as Monsooned Malabar beans!

The exposure caused the beans to swell considerably and change from green to a yellow / light brown color. Beyond the aesthetic change, it was found that this process greatly diminished the natural coffee acids present in the beans. On top of that, the process seemed to enhance both the body and the sweetness of the beans.

Basically, people enjoyed the monsoon exposed beans, and this was duly noted.

Today, exposure to monsoon winds and rainfall is intentional, and done in a controlled fashion. After the beans are harvested, they are placed in well ventilated warehouses and silos.

When monsoon season arrives, typically June to September, the beans are exposed to the moisture. This process continues for 12-16 weeks. During the monsooning period, the beans are carefully raked, turned and spread to ensure a consistent transformation.

To briefly reiterate, the monsooning process results in beans with a drastically reduced acidity, an enhanced body, and a more developed sweetness.

You can expect a Monsooned Malabar coffee to be something like this;

To be honest, the whole “musty” description didn’t sound overly appealing to me the first time I heard it. But people seemed to enjoy what was heralded as the best coffee in India, so I gave it a try… and I don't regret it!

Don’t be put off by the “musty” description. It sounds strange, but it is actually both an accurate description AND an enjoyable taste.

If I’ve convinced you that Monsooned Malabar coffee is DEFINITELY worth a try, here are three great options for you to check out. The following are all 100% authentic Monsooned Malabar beans, so you’ll definitely get that must that you’re after.

The signature musty aroma is present and is oddly intriguing. Again, don't get hung up on the negative connotations of the must! A variety of flavor notes including fruit, earth & Baker's chocolate are encapsulated by a full, creamy body. As advertised, the acidity is muted. Despite the harsher nature of the aroma, this coffee remains mellow throughout, leaving an aftertaste with hints of chocolate. 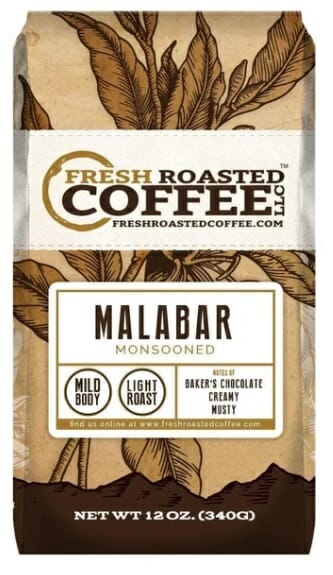 Next up we have Volcanica's medium roast. Whole bean and ground options are available.

The signature Indian Monsooned Malabar coffee taste is in full force here. Notes of earth, spice, wood & tobacco combine in a surprisingly cohesive fashion... just try it. As always, the acidity is muted, and a mild chocolate-toned sweetness serves to balance some of the more intense flavor notes. The finish is smooth, spicy & sustained. 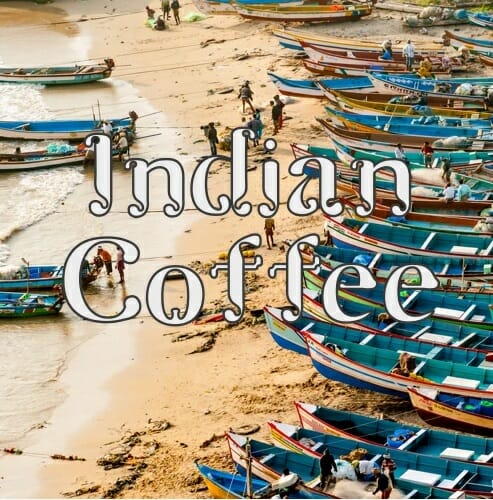 Last but not least we have Teasia, who offers a wonderful single origin Monsooned Malabar product. This one is available as whole bean coffee.

This coffee is complex and heavy. Earthy character is prominent, and notes of chocolate are also present. As is the nature of Monsooned Malabar coffee, these beans have a very low acidity. The muted acidity and heavy body of this coffee makes it an ideal candidate to make espresso with. What's more, they translate very well to cold brew! These are some seriously versatile beans.

That's a wrap ladies and gentleman. Hopefully you've found something to give a try!

What are your thoughts on Indian Monsooned Malabar coffee? Do you have a favorite that we need to try? let us know!