The best tasting decaf coffee is…

I wanted to find out which decaf coffee method tastes the best, and I did just that.

I had so much fun researching and writing this article, and I hope you find it as interesting as I did!

If you’re wondering, the 2nd-best tasting decaf coffee is produced by the Swiss Water® Process.

Here’s a great read about how decaf coffee is made.

Why is sCO₂ decaffeination the best-tasting decaf method?

sCO₂ decaffeination is the best-tasting decaf method because it only removes the caffeine and doesn’t affect the coffee’s flavor and aroma compounds.

In the decaffeination process, green beans are usually soaked to remove the caffeine. Unfortunately, this process isn’t precise and also removes the coffee solids from the beans.

Coffee solids are the aromatic and flavor compounds that give coffee its unique characteristics. This means that for the decaffeinated beans to taste like coffee, the coffee solids have to be put back.

sCO₂ decaffeination is extremely precise and only targets the caffeine molecules in the coffee beans. Once the caffeine has been removed, the decaffeinated coffee should taste the same as before.

The only difference in taste that might be experienced is an extremely slight reduction of bitterness. Caffeine tastes quite bitter and by removing it, a small amount of bitterness is removed.

Caffeine is a naturally occurring substance that can be found in plants throughout the world. It’s a compound in coffees, teas, sodas, chocolates, etc. that stimulates our central nervous system.

Caffeine is the world’s most widely consumed psychoactive drug according to this study.

Consuming caffeine offers many health benefits, but there are also health risks. This is why some may choose to drink decaffeinated coffee.

What is decaf coffee?

Don’t let the name fool you though, after decaffeination, there is still about 2-7mg of caffeine in a standard cup of decaf coffee.

The small amount of caffeine should go unnoticed in your body though. So there’s no need to feel nervous having that late-afternoon decaf coffee.

How is decaf coffee made?

Okay, over to the serious stuff now! Put most simply, decaf coffee is made by soaking green beans to dilute and remove the caffeine from them.

The only issue is that during this process, it’s not only the caffeine that gets diluted and removed. The parts of the coffee bean that give it its unique flavor, aromatic, and textural characteristics (coffee solids) fall victim to this.

What are the main decaf coffee methods?

Right now, there are four main methods that produce decaf coffee. They are Supercritical Carbon Dioxide (sCO₂) Decaffeination, the Swiss Water® Process, the Direct Method, and the Indirect Method.

What to do next?

Now that you know what the best-tasting decaf coffee method is, go out and taste it yourself! 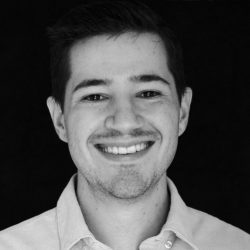 This is a guest post written by Wynand Barnard from TotalCoffeeBase.com

My name is Wynand and I have been obsessed with coffee for many years. I've worked as a head barista and coffee shop manager in the past and I'm excited to share my experience and knowledge with you.

You can read more of my articles at totalcoffeebase.com.